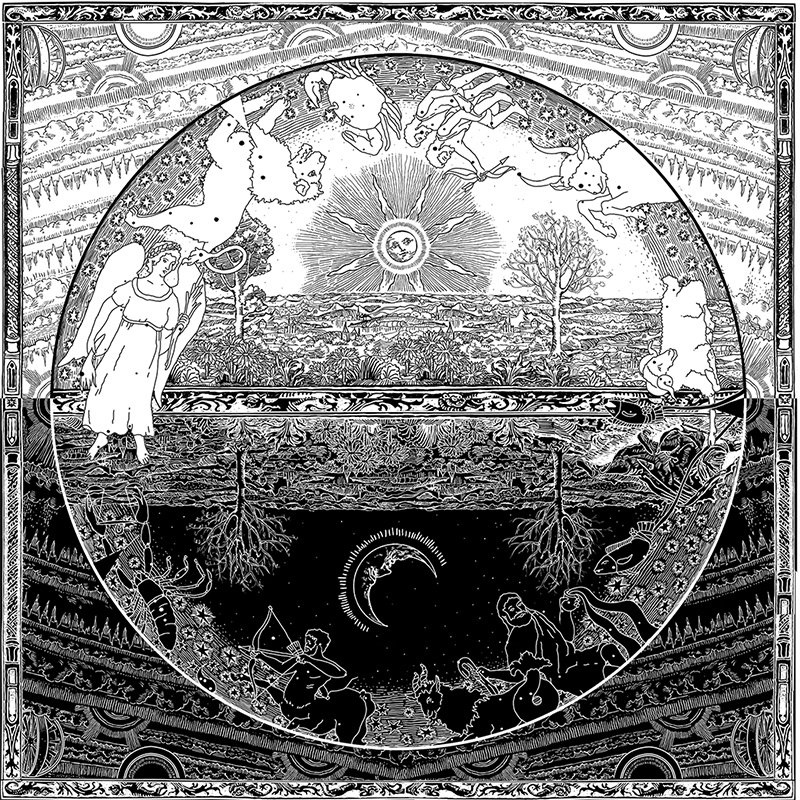 Stress levels are high. I allow the current to move me inch by inch across the sea bed with no concern to attach my roots onto the ocean’s basement floor.

The storm is here. It is above me. I see bits and pieces of the pier gently float past me landing with a slight poof at the bottom. Watery dust rises.

The darkness filters down and settles on the leaves with dark green movements. I see lights flickering overhead and feel the vibration of muted cries. The winds above have brought a battle. Each side unable to see the full scope of the field. Like Arjuna with his flaccid arrow they all stand posed to strike.

I watch this movie play out knowing the twists and turns of the sea, knowing another shock current is on its way. November 12th is when Pluto and Jupiter align bringing death and transformation again for the third time this year. The first conjunction brought me death of a good friend, the second brought me transformation of a few past relationships. Both were extremely painful and a lot of salty tears were released. This third is coming guaranteed to create a crisis beneath the waves of consciousness. I surrender to its darkness.

I know that I have no control over any of this. And that if I can wait here in the in-between I will be given the signal, when the time is right, to swim up to the top, repair the pier and once again sail out to uncharted territories.

Most people cannot sit quietly with their watery darkness because their shadow has not been exposed. S/he floats skillfully in the dark waiting to be fed while continually chanting the mantra, “eat or be eaten.” The sound loops steadily like a lullaby causing its listener to reach for any distraction to blot it out. Mine was Celtic Heroes, a video game that I began playing in 2011 right after my mother’s passing. It was the one sure drug that could put me to sleep each night.

But that is the world above, where one lives only in the light of logic, reason, statistics and control without any connection to the dark sea within. I know what is coming will not be logical nor easily understood. For the powers behind the veil are powerful like the pull of the moon on this ocean.

For today, I watch.